Snow-covered Connelly Lake (far left) is a 90-acre alpine lake near Haines, Alaska that drains into the Chilkoot River (right). Connelly Lake is the focus of a proposed $32 million, 12-megawatt hydroelectric project by Alaska Power and Telephone Company (AP&T). AP&T proposes to build a dam at the outlet of Connelly Lake that would create a 160-acre reservoir and a 6,200-foot-long penstock down the side of the mountain where water would be delivered to turbine generators located in a powerhouse near the Chilkoot River into which the lake water would be discharged. Some of the main features of the proposed Connelly Lake project (for example portions of the penstock, the powerhouse, access roads, and the transmission line) would be located in the Alaska Chilkat Bald Eagle Preserve and the Haines State Forest. Concerns include the impact construction and project operation would have on fish spawning and rearing habitat, and bald eagles. The eagles rely on the salmon that use the Chilkoot Valley in the fall and early winter when they are attracted to late spawning salmon runs. A hydro aquatic studies report prepared by the Shipley Group states that according to the Alaska Department of Fish and Game, 41 percent of the sockeye salmon in the upper Lynn Canal come from the Chilkoot River with 25 percent of those salmon spawning in the Chilkoot River drainage above Chilkoot Lake. The value of the fishery is estimated at more than $1,000,000 annually. AP&T announced in June 2013 that it was putting the project on hold citing difficulty securing funding from the Alaska Energy Authority and the lack of community support. Despite these setbacks AP&T says that it not abandoning pursuing the project. In early September 2013, the Haines Borough announced that it was exploring possibly filing for a preliminary permit now that the project was no longer being pursued by AP&T. The large lake in the background is Chilkoot Lake. Beyond Chilkoot Lake is Lutak Inlet of the Lynn Canal. 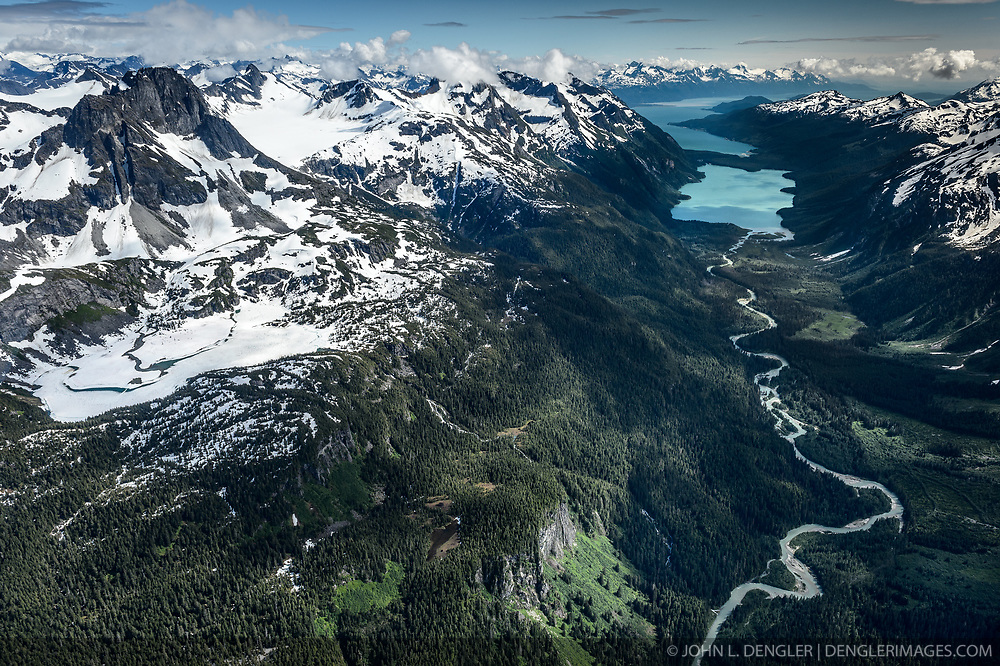