This aerial photo of the Lamplugh Glacier landslide was taken two days after the landslide. 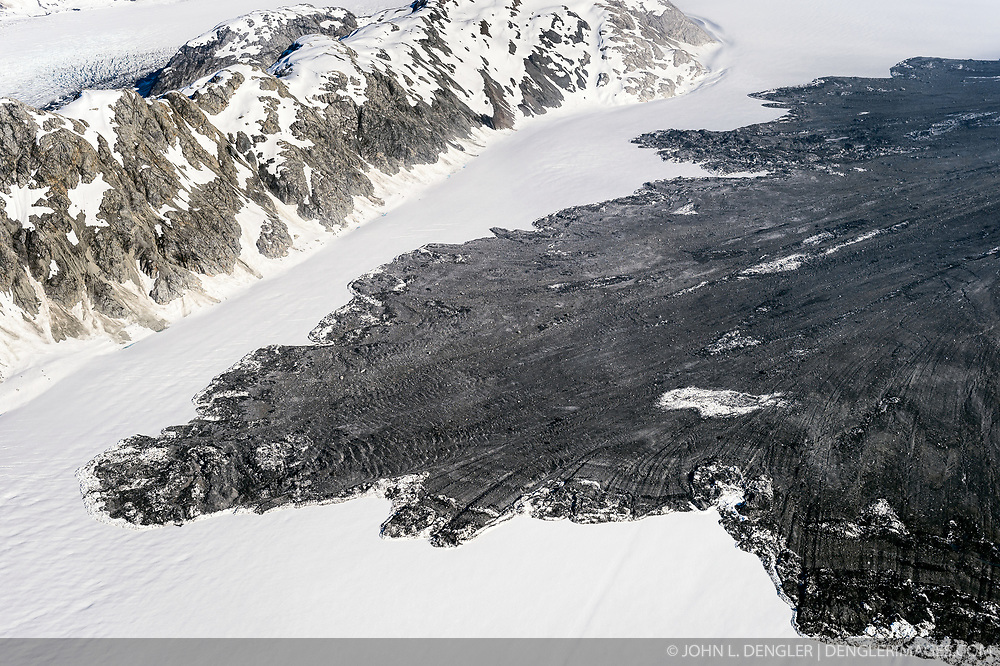