A Steller sea lion (Eumetopias jubatus) with a trolling flasher caught in its mouth sits with other Steller sea lions at the Gran Point haulout located on the Lynn Canal near Haines in southeast Alaska. Entanglement in fishing equipment and other marine debris can harm and even cause death in Steller sea lions.

In a research project by Sea Gypsy Research and the Alaska Department of Fish and Game published in the Marine Pollution Bulletin 58 (2009), researchers noted “when a flasher is near the mouth the hook is probably embedded in the animal’s stomach. Stomach penetration likely leads to peritonitis and death.” Additionally, infection of the jaw can lead to tooth loss or the inability to feed. 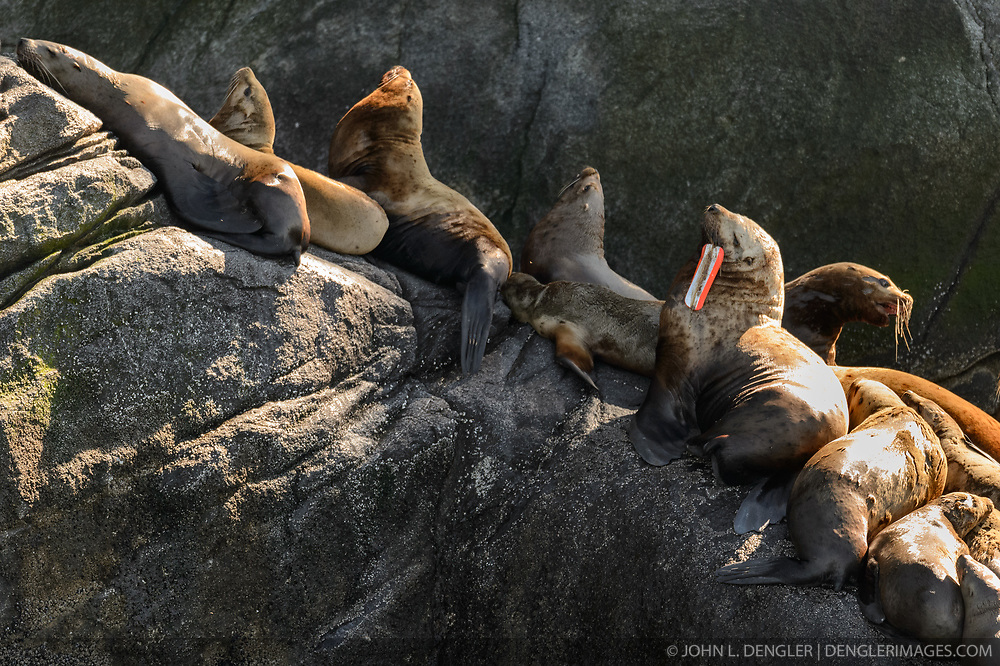