Detail of the outside of the recently restored fire hall on the grounds of historic Fort Fort William H. Seward in Haines, Alaska. 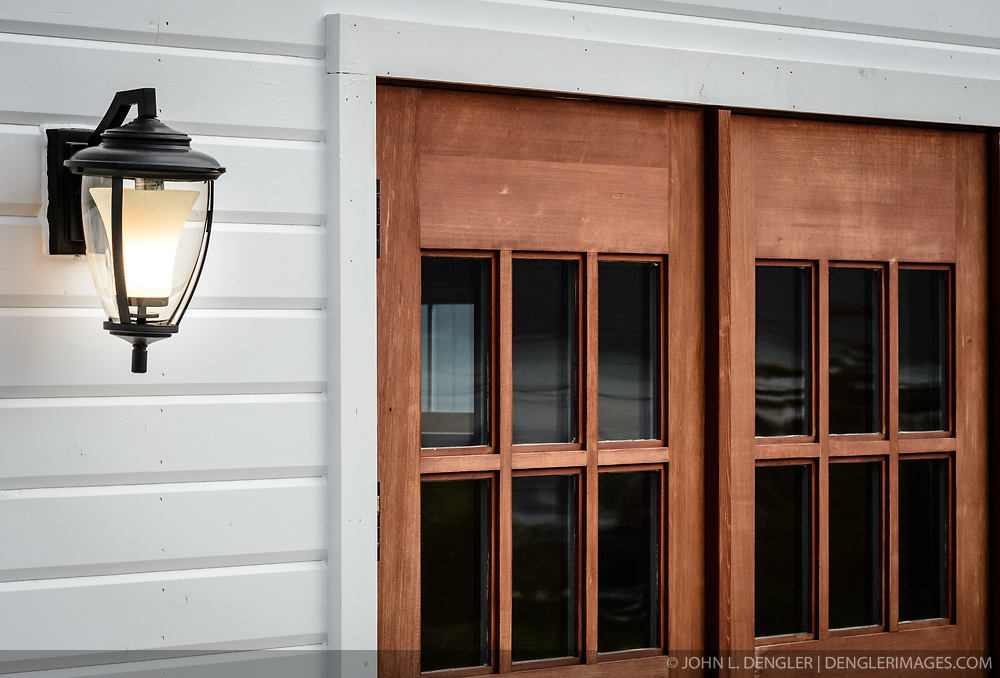