Anne Boyce (center) admires one of three new, custom-made, fire department medallions made for Joanne Waterman (right) during the open house for the restored fire hall located on the grounds of historic Fort William H. Seward in Haines, Alaska. Looking on is Susan Weerasinghe (left). Each of the medallions represent the time periods for the different names that the fort has been known. 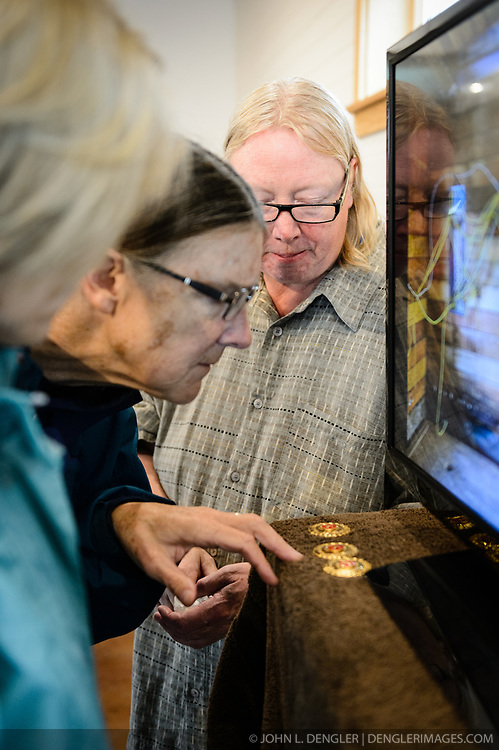