One step of the restoration of the fire hall located on the grounds of historic Fort William H. Seward in Haines, Alaska included having to raise and level the existing building as shown in this photo. Using 22 jacks to support the building, the entire building was raised approximately 6 inches. This allowed for the removal of rotten wood and the adding of a stem wall to the foundation.

The old doors pictured would eventually be used as design elements in the restored interior. The jack in the center of the photo marks the spot where at one time the length of the fire hall had at one time been extended. 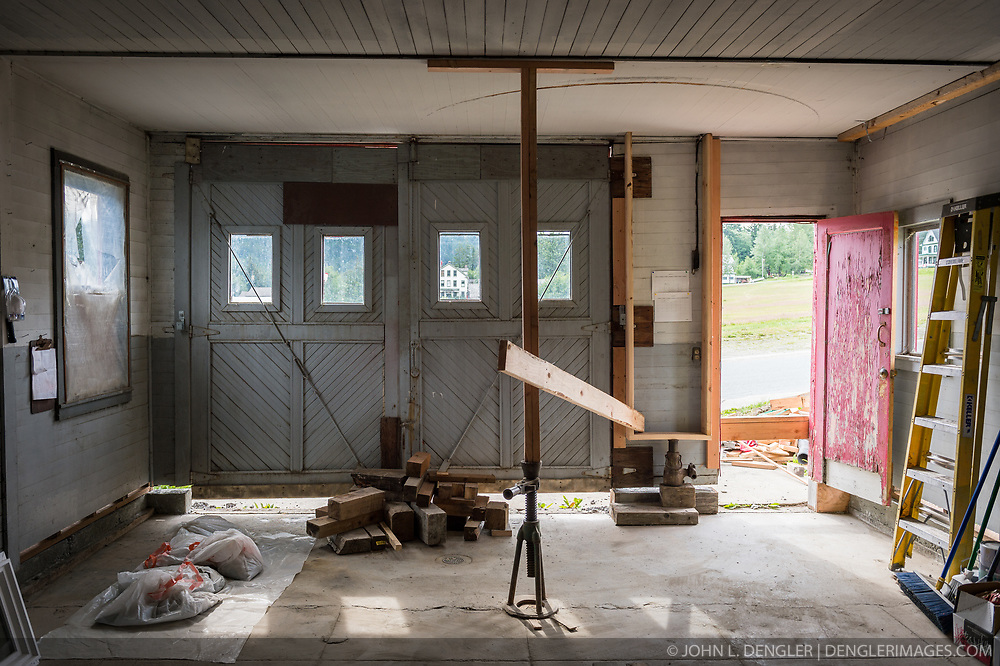