Dylan Burbank, a fish technician for the non-profit Northern Southeast Regional Aquaculture Association, Inc. (NSRAA), rinses fertilized roe with freshwater from Herman Creek prior to putting the roe in the incubation boxes located on the man-made spawning channel of Herman Creek near Haines, Alaska.

In 2014, 2.4 million eggs were seeded into these incubation boxes. The 2013 incubation box survival rate was 90%. Without the artificial spawning, natural survival is said to be only 10%. 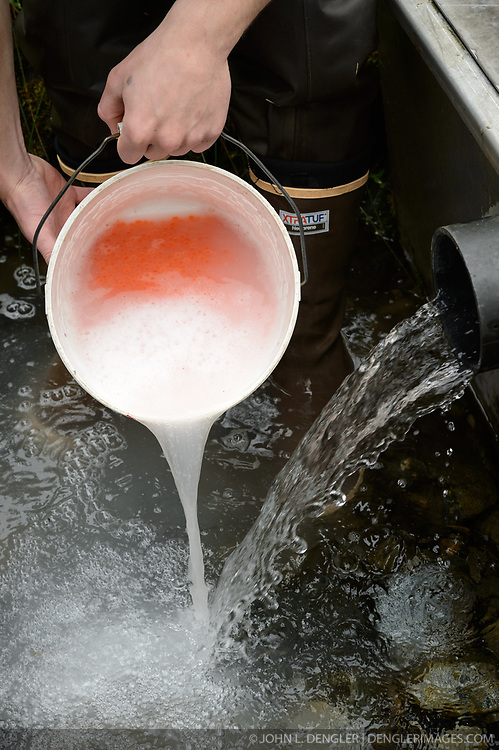