Dylan Burbank (left) and David Campbell, fish technicians for the non-profit Northern Southeast Regional Aquaculture Association, Inc. (NSRAA), sorting chum salmon at a man-made spawning channel near Herman Creek located near Haines, Alaska. A shot gun is kept at the ready should grizzly bears become a threat. The day before this photo was taken, a grizzly bear charged Burbank and Campbell’s truck when it arrived at the work site. Coolers store harvested eggs and milt.

NSRAA bult the channel to collect wild broodstock by harvesting spawning female and male salmon for their eggs and milt to artificially spawn wild chum salmon. The eggs are fertilized with milt and placed in stream-side incubation boxes on Herman Creek and the Klehini River. In 2014, 2.4 million eggs were seeded into these incubation boxes. The 2013 incubation box survival rate was 90%. Without the artificial spawning, natural survival is said to be only 10%. 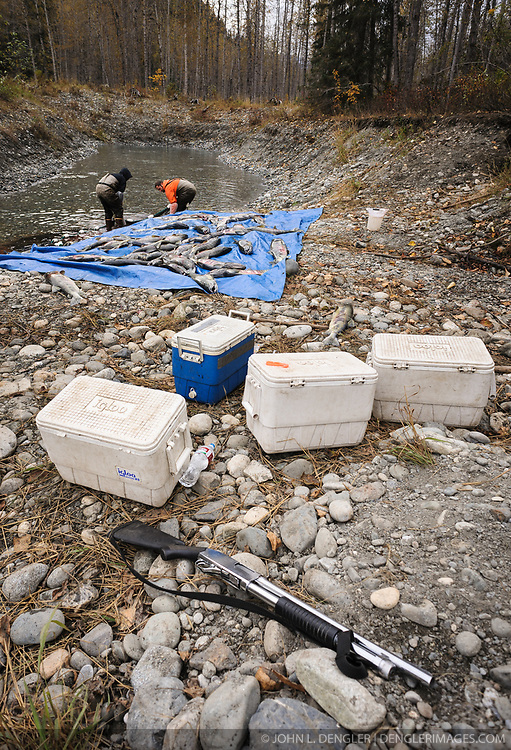