The stately historic officer's row buildings of the former U.S. Army post, Fort William H. Seward in Haines, Alaska are easily spotted by travelers on the Lynn Canal. Built in 1904, Ft. Seward was the first permanent United States Army post in Alaska. Today the fort is no longer owned by the military.

A recent addition to the Fort Seward skyline is the restored fire hall tower for the fort. After having been absent for approximately 80 years, the 60-foot tower of the fort’s fire hall has been restored to its original height. The building and tower, built about 110 years ago, was shortened to approximately half its height in the 1930s for unknown reasons. The restoration included rebuilding a missing 35-foot section of the 60-foot tower whose purpose was to dry fire hoses.

Haines, a picturesque town in southeast Alaska, is located on the Lynn Canal between the towns of Skagway and Juneau. Haines is one of the few towns in southeast Alaska that is connected with the North American highway system. The Haines Highway (Alaska Route 7 or AK-7) travels through British Columbia and the Yukon (Yukon Highway 3) to connect with the Alaska Highway in Haines Junction, Yukon.

Haines is also a stop on the Alaska Marine Highway System with ferries arriving from Skagway and Juneau. 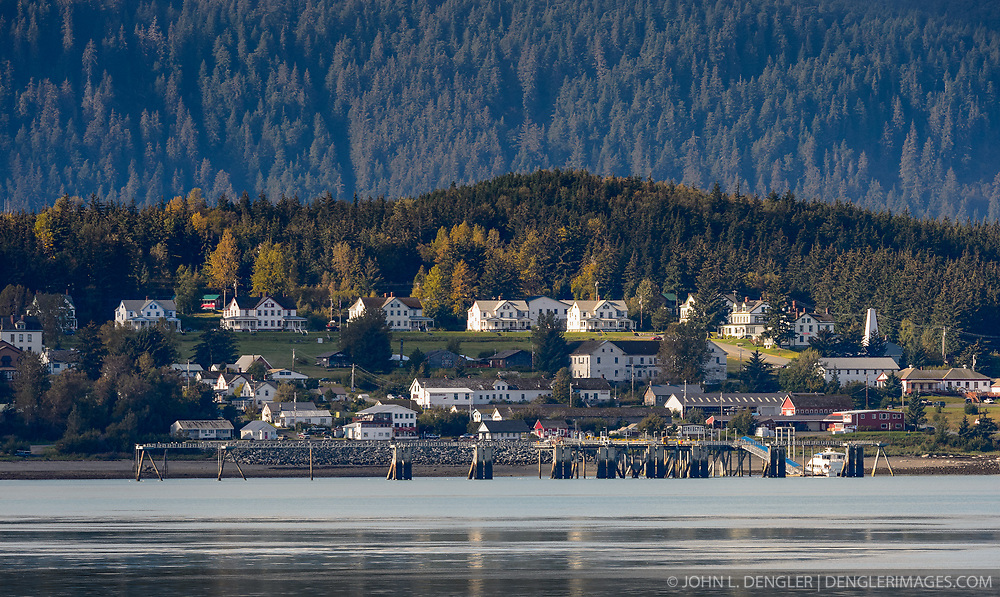