An adult member of the Grant Creek wolf pack looks at other adult members of the pack as the pack was traveling near Stony Creek in Denali National Park and Preserve in Alaska.

The Grant Creek wolf pack of Denali National Park and Preserve has been described as one of the most visible and photographed group of wolves in the world as the pack’s home range includes the park road that bisects much of the vast six million acre park.

In May of 2012, The Los Angeles Times wrote about the deaths of the two primary breeding females of the pack. The death of one of these females was the result of being snared by a trapper just outside the park boundary. According to the story a trapper shot an aging horse near its death and used it as bait to lure and fatally snare the female radio-collared wolf and a male wolf. It is unknown if the male wolf was part of the Grant Creek wolf pack. The wolf kills were within a former no-wolf-killing zone that had been established by the Alaska Department of Fish and Game because the zone was surrounded on three sides by park land. In 2010, the regulation expired and the board of the department declined to retain the special area designation.

What makes the loss of this female troubling to advocates of the no-wolf-kill zone is that the female wolf was believed to be the only remaining primary breeding female wolf in the Grant Creek pack. Earlier this spring, the only other primary breeding female of the pack was found dead of natural causes within park boundaries. In November of 2012 the Fairbanks News-Miner reported that researchers found that the Grant Creek Pack didn't produce pups in 2012, their den abandoned and the pack split up. 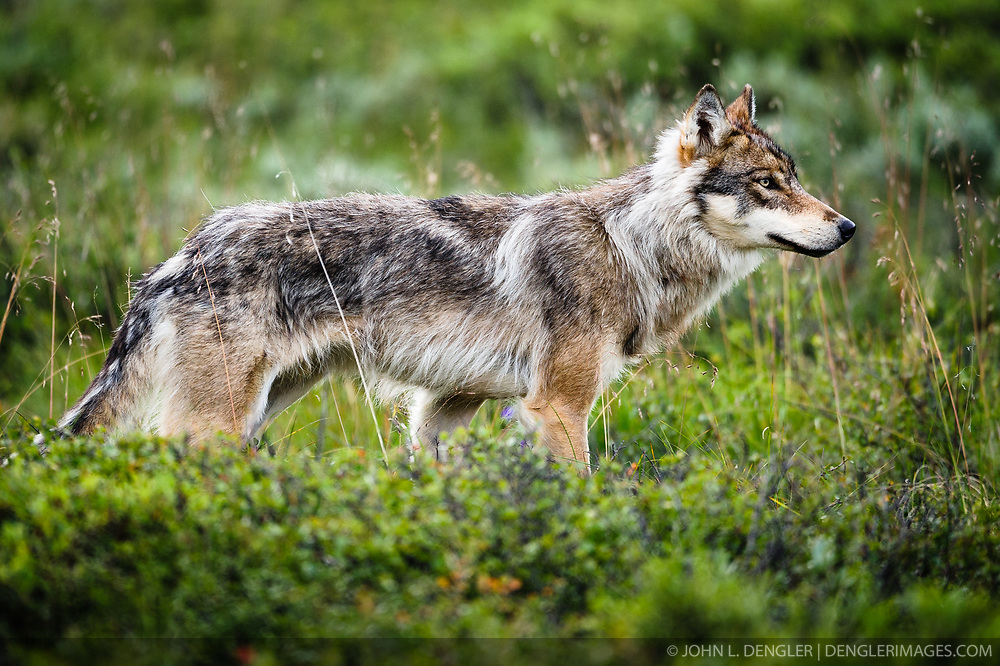