Also visible is the white corona that surrounds the sun. This photo was taken in Columbia Mo. at the Columbia Audubon Nature Sanctuary in Columbia, Mo. on August 21.

A solar eclipse occurs when a full moon passes between the sun and Earth and blocks the sun when they are in alignment with each other as seen from Earth. The astronomical term for this alignment is known as syzygy.

The August 21, 2017 eclipse was viewed by millions as it raced across the continental United States from Oregon to South Carolina. The last total eclipse in the continental United States was in 1979. The last total eclipse in Missouri was in 1869. While total solar eclipses will hit any one spot on Earth every 375 years, they take place somewhere about once every 18 months.

The next total eclipse to have its path through Missouri will occur in 2024. 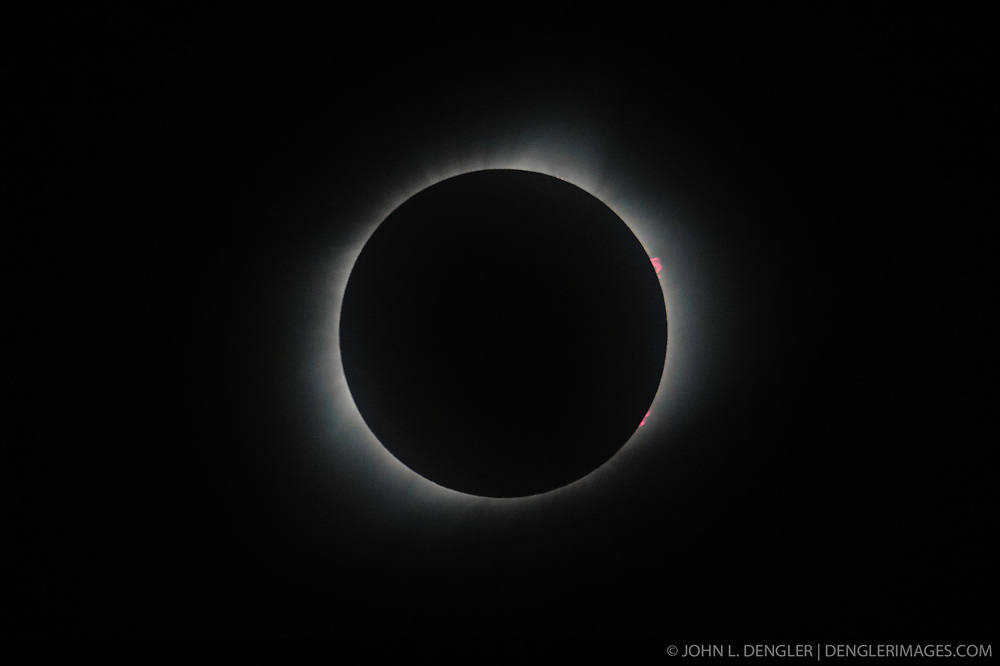