The Kilauea Point Lighthouse, located on the northernmost point of the main Hawaiian islands on the island of Kauai, was built in 1913 as a navigational aid for commercial shipping between Hawaii and the Orient. It was deactivated in 1976 and replaced with an automated beacon for local boaters and aircraft. The lens of the lighthouse was designed by Augustin Fresnel and built in Paris, France. The lens was originally lit by a incandescent oil vapor lamp and could be seen 20 miles out to sea and 90 miles from the air. In 1930 a light bulb replaced the oil lamp, eventually reaching a wattage of 2,500,000 candle power. Originally, the 4.5 ton light assembly was rotated with a system much like how descending weights turn the hands on a cuckoo clock. These weights that would descend the center of the lighthouse would have to be pulled up by the lighthouse keeper ever 3.5 hours. Eventually a motor replaced the weight mechanism. People pictured are unidentified. 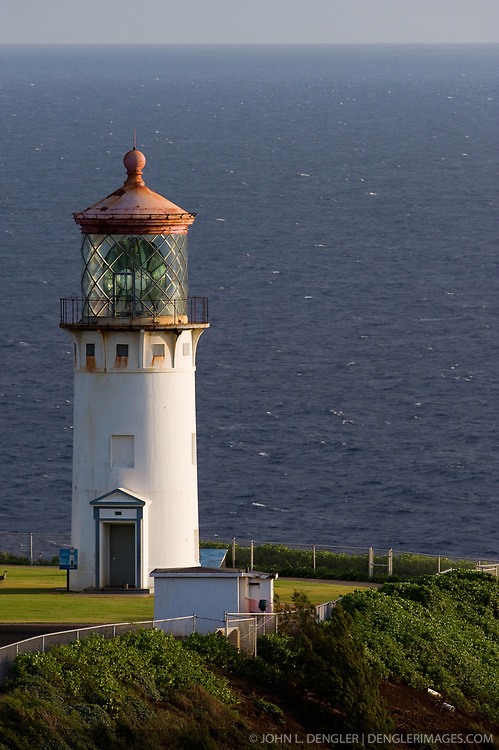