Badwater in Death Valley National Park, is location of the lowest spot in North America, 282 feet below sea level. The 40-square mile of salt flats in the Badwater basin are the result of mineral rich water evaporating until only the salts remain. It is a repeating process, which over thousands of years, layers of salt form into polygon-shaped crust. The Death Valley saltpan is one of the largest protected saltpans in North America. This view is of the saltpan at Badwater. In the background are the lower mountains of the Panamint Range. Note the large alluvial fan below the mountains. Despite being one of the driest spots in North America the alluvial fans were created by water washing down debris from the mountains. A bajada is formed when multiple alluvial fans join together.

Death Valley National Park, located in eastern California near the border with Nevada is one of the hottest spots on earth, holding the hottest recorded air temperature of 134 °F. The Park also is location of the lowest spot in North America, 282 feet below sea level at the vast salt flats at Badwater Basin. At 3.4 million acres, the park is the largest national park in the contiguous United States. Death Valley National Park sits between the Panamint Range on the west and Amargosa Range on the east. 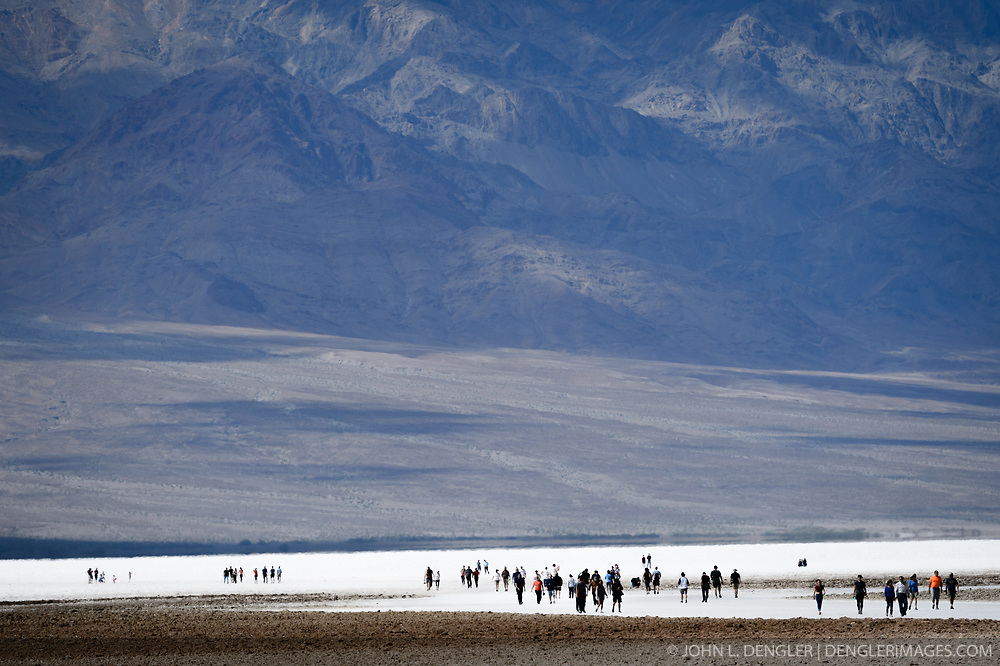