The Chilkoot River corridor between Chilkoot Lake (upper left) and Lutak Inlet of the Lynn Canal (bottom right) is a popular sport fishing spot and a culturally important Tlingit historic site. The river area is also popular with grizzly bears who also come for the salmon who spawn in the Chilkoot River. While this concentration of bears makes for exciting bear viewing for visitors, the narrow corridor in which humans and bears must pass can lead to dangerous encounters. The Alaska Legislature has approved $1 million for a bear-viewing platform aimed at reducing encounters between bears and visitors to the scenic corridor. This area is part of the popular Chilkoot Lake State Recreation Site. In the upper reaches of the Chilkoot River Valley (not pictured) there have been proposals to dam the outlet of Connelly Lake, a high alpine lake above the Chilkoot River, for a hydroelectric project. Environmental concerns include the impact construction and project operation would have on fish spawning and rearing habitat (water turbidity issues), and bald eagles. Alaska Power and Telephone announced in June 2013 that it was putting the project on hold citing difficulty securing funding from the Alaska Energy Authority and the lack of community support. Despite these setbacks AP&T says that it not abandoning pursuing the project. In early September 2013, the Haines Borough announced that it was exploring possibly filing for a preliminary permit now that the project was no longer being pursued by AP&T. 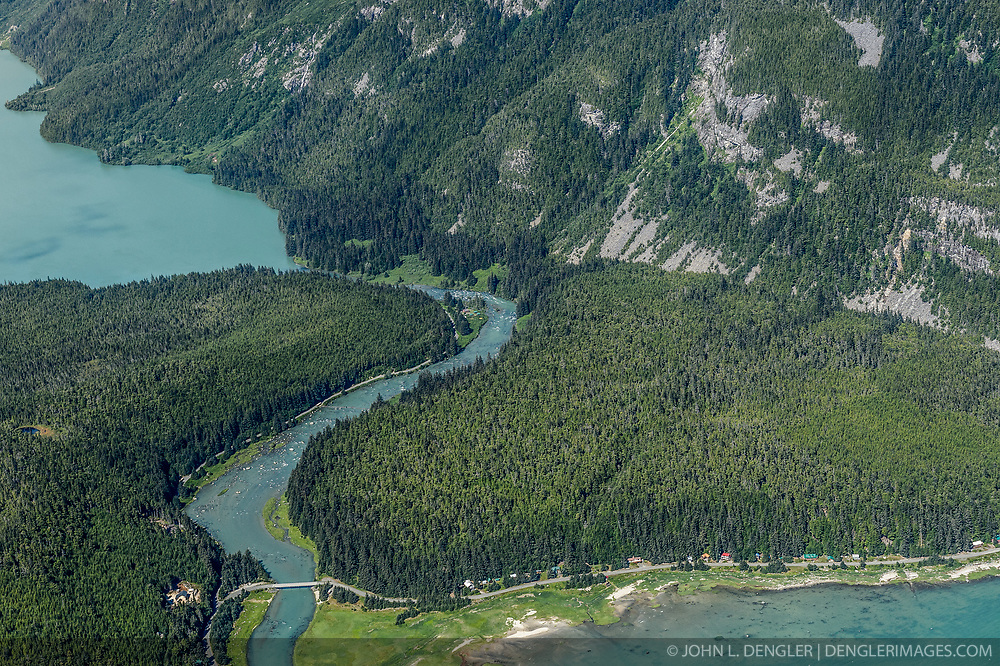