Among the concerns related to the proposed Juneau Access Improvements Project is the Steller sea lion haulout at Gran Point (pictured). The haulout at Gran Point is a designated Steller sea lion Critical Habitat Area. According to the Alaska Department of Transportation’s 2014 Juneau Access Improvements Project: Draft Supplementary Environmental Impact Statement, more than one hundred Steller sea lions (Eumetopias jubatus) have been counted at the haulout during the spring and fall. As currently proposed the proposed highway would be built just uphill from the haulout area, approximately 100 to 600 feet horizontally and 50 to 100 feet vertically.

The Juneau Access Improvements Project is a proposed $570-million highway project to extend Glacier Highway out of Juneau for closer road access to the southeast Alaska towns of Haines and Skagway. Juneau’s roads do not connect with the continental road network. Travelers either have to fly between Juneau, Haines and Skagway, or travel on one of the ferries of the Alaska Marine Highway System. 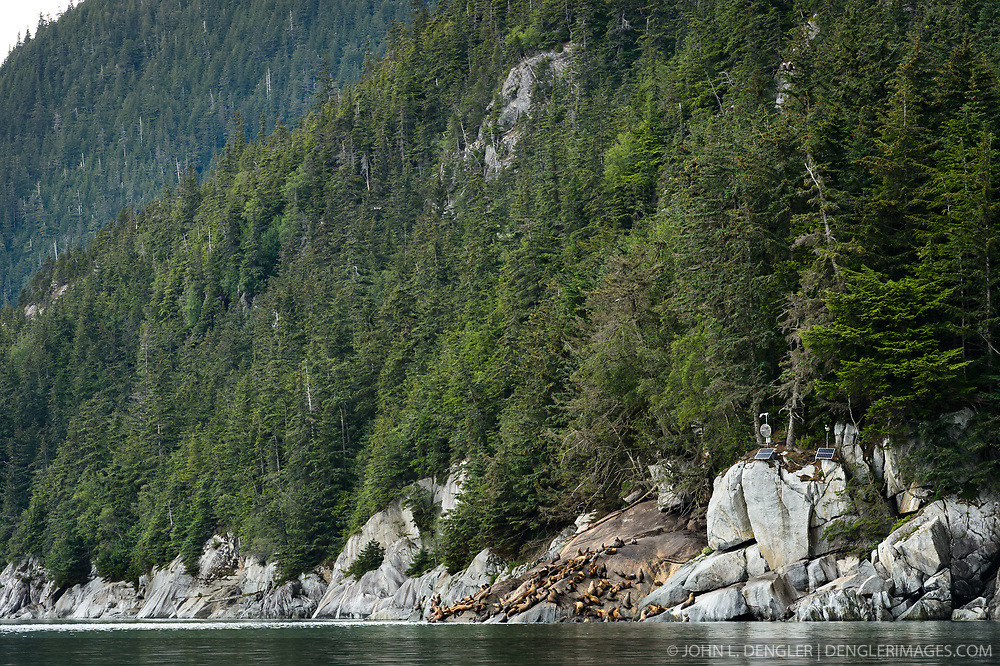