A board that was covered by siding reveals a stenciled label was uncovered during the restoration of the fire hall located on the grounds of the former U.S. Army post, Fort William H. Seward in Haines, Alaska. Through the years, the historic Fort Seward area has been referred to as Fort William H. Seward, Chilkoot Barracks, and Port Chilkoot.

According to the National Historic Landmarks register the fort was "established by Executive Order on December 31, 1898, and first known as Haines Mission, Fort Seward was the last of 11 military posts established in Alaska during the territory's gold rushes between 1897 and 1904. Founded for the purpose of preserving law and order among the gold seekers, the fort also provided a U.S. military presence in Alaska during boundary disputes with Canada. The only active military post in Alaska between 1925 and 1940, the fort was closed at the end of World War II.”

Through the years, the historic Fort Seward area has been referred to as Fort William H. Seward, Chilkoot Barracks, and Port Chilkoot. 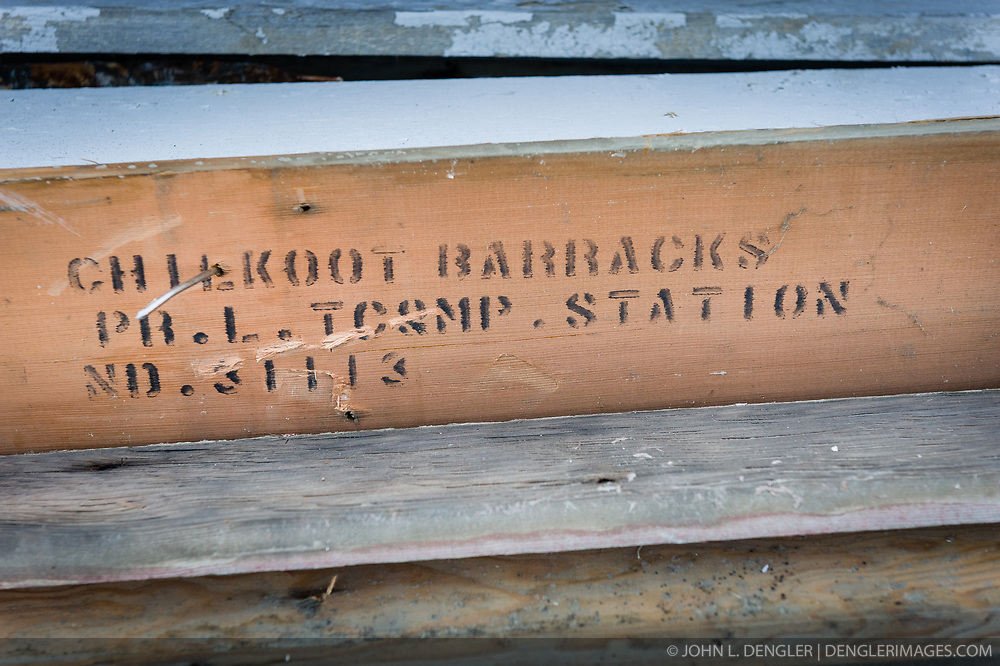