Chum salmon roe and milt is transported in plastic bags and coolers to the incubation boxes where the roe will be fertilized with milt by fish technicians with the non-profit Northern Southeast Regional Aquaculture Association, Inc. (NSRAA). The roe and milt was collected from salmon at the man-made spawning channels at Herman Creek located near Haines, Alaska. 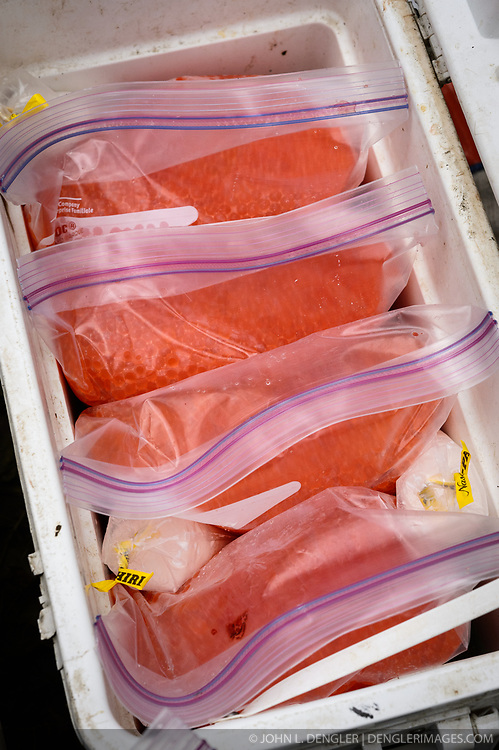