It is important to remove bad eggs to keep the fish healthy while in the incubation boxes. 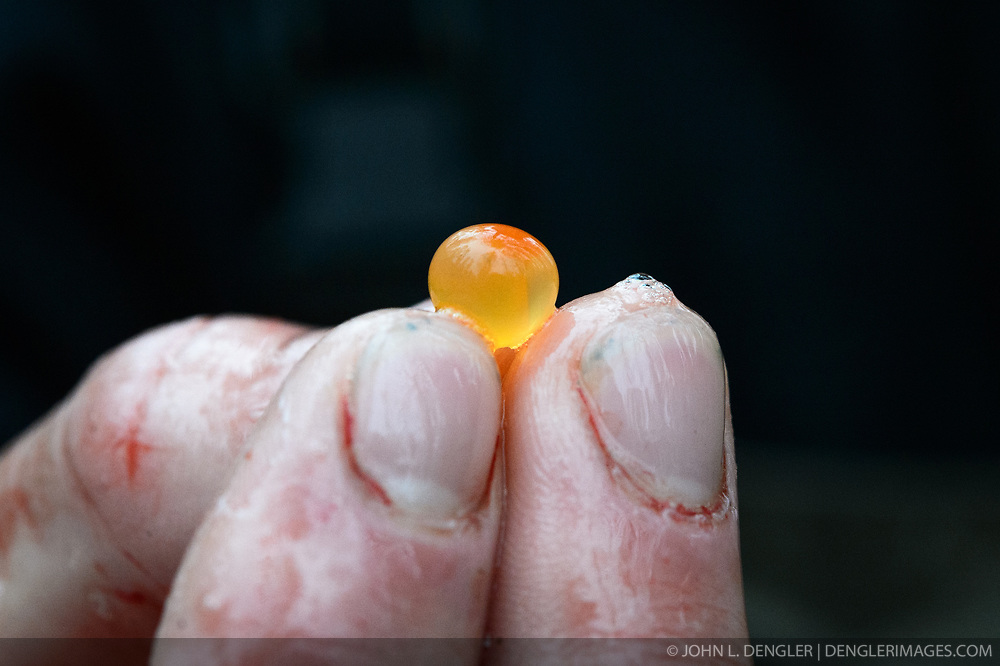