This undated photo of Fort William H. Seward in Haines, Alaska, shows the original fire hall tower on the grounds of the former U.S. Army post. To the right of the fire hall is the fort's guardhouse as soldier’s march on the fort’s parade field. 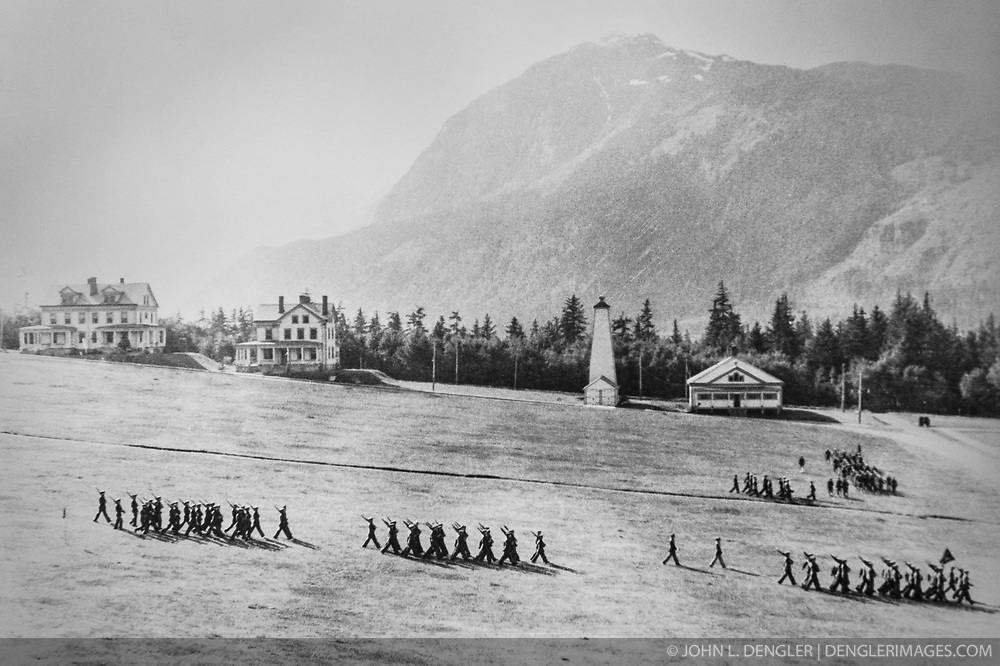