Joanne Waterman (left) speaks with Haines resident Mike Erny during a recent open house celebrating the completion of the restoration of the fire hall on the grounds of historic Fort William H. Seward in Haines, Alaska. 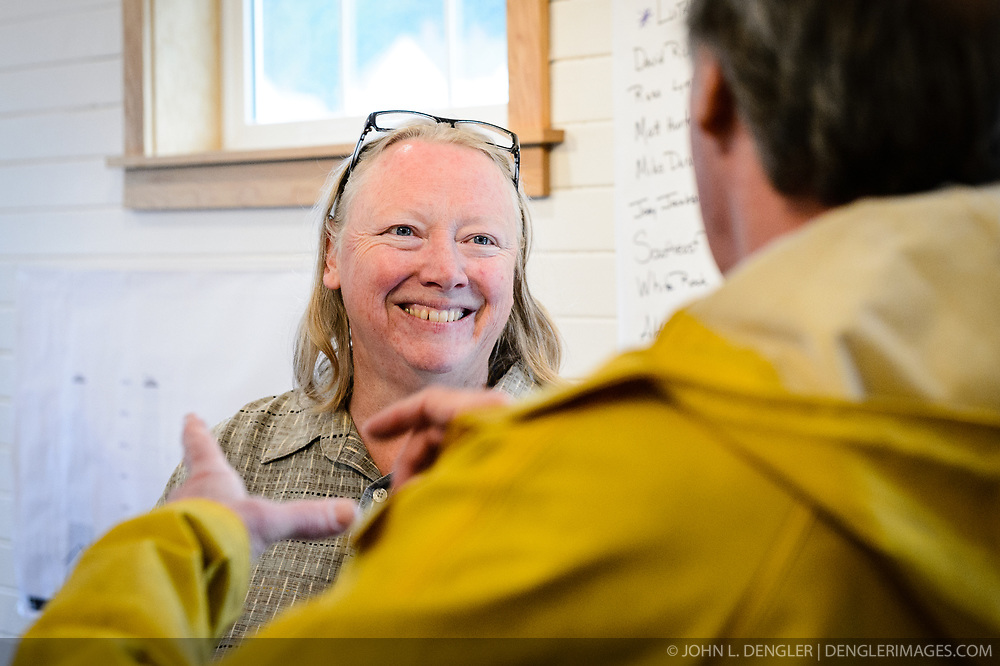