Greater sage-grouse (Centrocercus urophasianus), an icon of the American West, once numbered as many as 16 million birds. Today, fewer than 200,000 remain. Their population is in decline due to loss of habitat from energy development and residential building in sage brush areas. A scientific study found that the population declined 55 percent from 2007 to 2013. Sage grouse are named for the sagebrush that they primarily feed on.

Males are known for the large air sacks on their breasts that they inflate during elaborate courtship dances performed on leks (mating areas). Sage-grouse are the largest native grouse in North America. 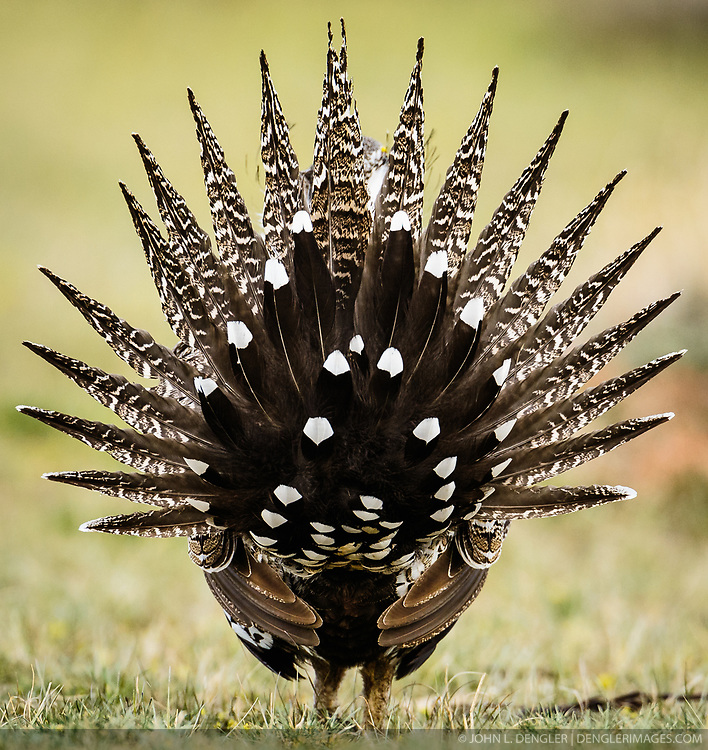