This 1997 photograph of a sign just outside Cottonwood Falls on Kansas Highway 177 is an example of the controversy that surrounded the formation of the nearby Tallgrass Prairie National Preserve, formerly the Z-Bar Ranch.

Initially, the Flint Hills communities surrounding the proposed park were supportive, but then opposition developed. According to National Park Service document "Tallgrass Prairie National Preserve Legislative History, 1920-1996" most local business owners were supportive but many ranchers had overall concerns about federal involvement and federal land ownership with some ranchers specifically concerned about land being lost by eminent domain. The park proposal became a divisive and heated issue between the two community groups.

According to a National Park Service study, 13,548 non-local visitors in 2013 fueled $849,400 in spending at the Tallgrass Prairie National Preserve and in communities near the park. 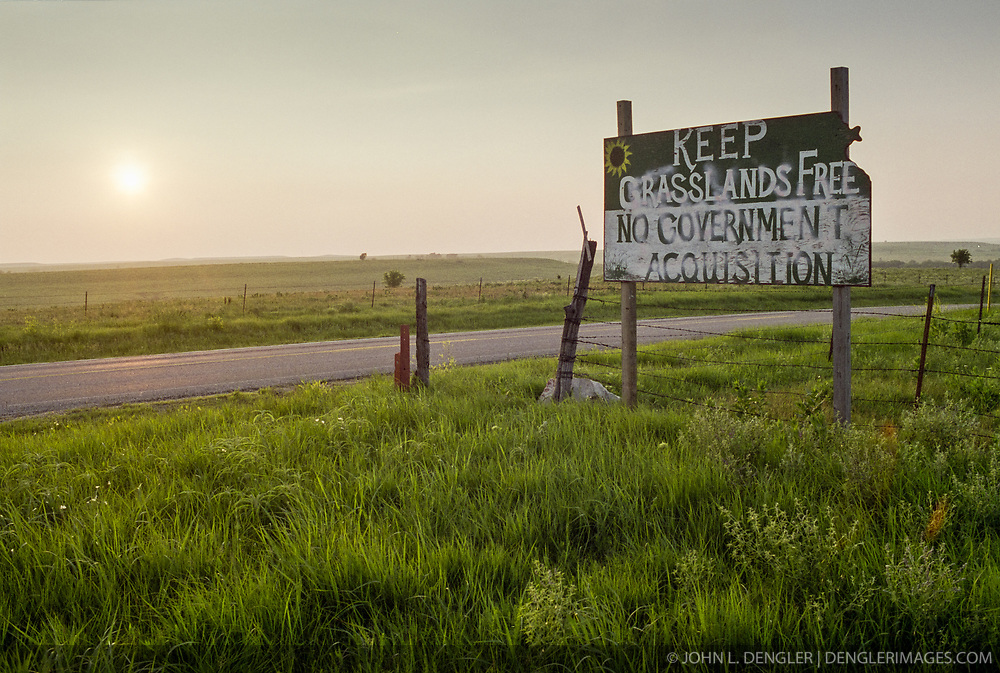