Some of the tools used by the fish technicians for the non-profit Northern Southeast Regional Aquaculture Association, Inc. (NSRAA) while working at a man-made spawning channel near Herman Creek located near Haines, Alaska.

Roe and milt is transported in coolers to the incubation boxes where the roe will be fertilized with milt. Pew sticks are used to handle fish carcasses and the shotgun is for protection from bears. 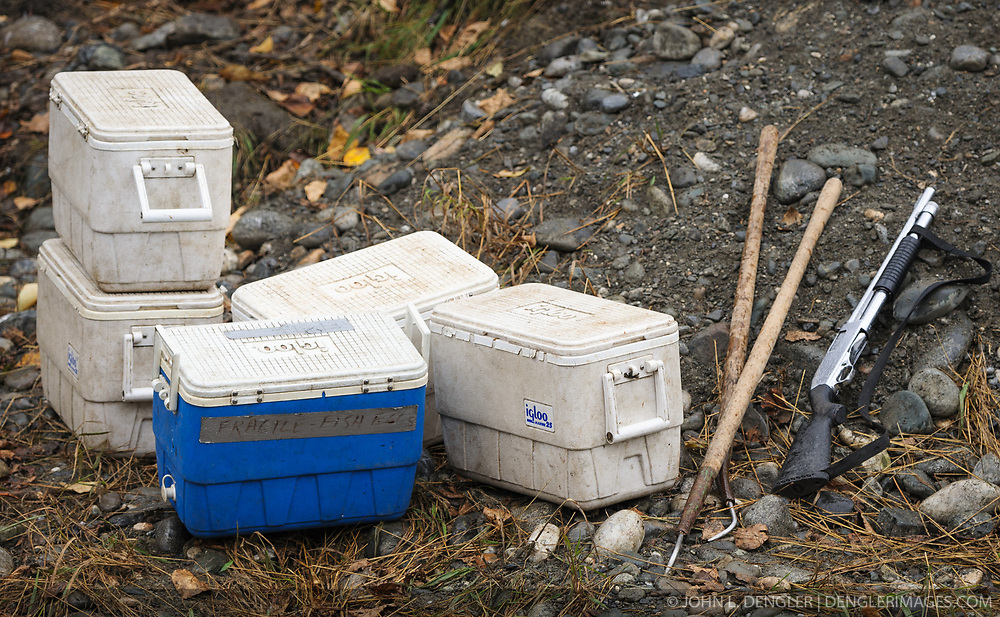