A reception was held for Rita Reed, photojournalism professor at the Missouri School of Journalism, to celebrate her retirement after 16 years of being on the faculty.

The event was held on May 10, 2017 in the Cliff and Vi Edom Photojournalism Lab in Lee Hills Hall on the University of Missouri campus in Columbia, Mo.

The following is from Reed’s bio posted on the Missouri School of Journalism website: "Rita Reed joined the photojournalism faculty in 2001 after 20 years as a working photojournalist with Star Tribune in Minneapolis and The Gazette in Cedar Rapids, Iowa. She has worked not only on local, regional and national stories, but also internationally in Haiti, Bolivia, Colombia, Taiwan, China and the countries of the former Eastern Block.

Reed holds a master’s degree in journalism from the University of Missouri and an undergraduate degree from Southwest Missouri State University. She was the 1993 recipient of the Nikon Sabbatical Grant for Documentary Photography for the completion of work on a photographic book about gay and lesbian teenagers. Reed maintains an interest in and concern for adolescents and the issues they face. She is the director of the College Photographer of the Year competition.” 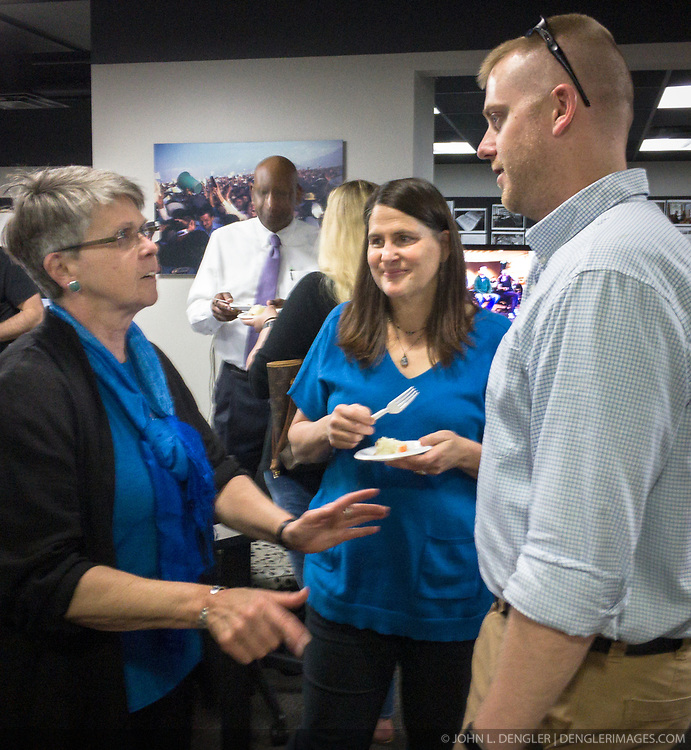