One step of the restoration of the fire hall located on the grounds of historic Fort William H. Seward in Haines, Alaska included having to raise and level the existing building. Using 22 jacks to support the building, the entire building was raised approximately 6 inches. This allowed for the removal of rotten wood and the adding of a stem wall to the foundation.

This photo shows the tower portion resting on a new cement stem wall that was added to the original three-foot deep concrete anchor pad. Corner rods are original to the building’s tower. They are imbedded in the original anchor pad. Two additional new actors were added in each corner with safety-ties for added stability for the hight of the restored tower.

The National Historic Landmarks listing record for the fort says that "Fort Seward was the last of 11 military posts established in Alaska during the territory's gold rushes between 1897 and 1904. Founded for the purpose of preserving law and order among the gold seekers, the fort also provided a U.S. military presence in Alaska during boundary disputes with Canada. The only active military post in Alaska between 1925 and 1940, the fort was closed at the end of World War II.” 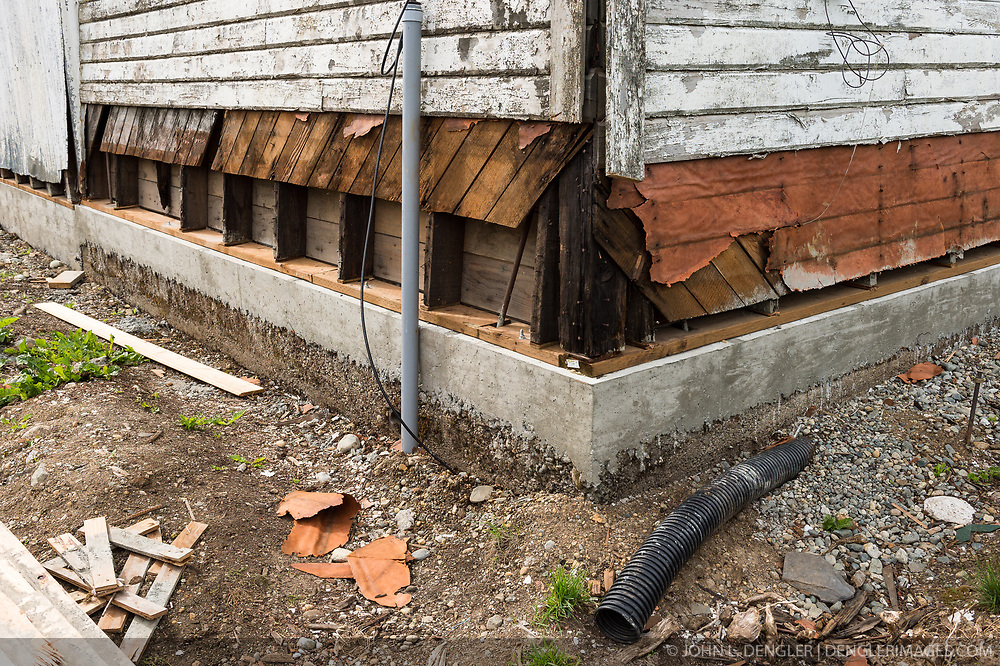