This aerial photograph of a portion of the "Council Grounds" is the primary area where bald eagles gather on the Chilkat River in the Alaska Chilkat Bald Eagle Preserve near Haines, Alaska. Bald eagles come to the alluvial delta area at the confluence of the Tsirku (center) and Chilkat (left to right) Rivers because of the availability of spawned-out salmon and open waters in late fall and early winter. The open water is due to a deep accumulation of gravel and sand that acts as a large water reservoir whose water temperature remains 10 to 20 degrees warmer than the surrounding water temperature. This warmer water seeps into the Chilkat River, keeping a five mile stretch of the river from freezing. Photographers come to the Chilkat River in November and December to photograph one of the largest gatherings of bald eagles in the world. In 1982, the 48,000 acre area was designated as the Alaska Chilkat Bald Eagle Preserve. In the background are the mountains that make of the Takhin Ridge and Takhinsha Mountains. Chilkat Lake is pictured on the left, below the mountains. 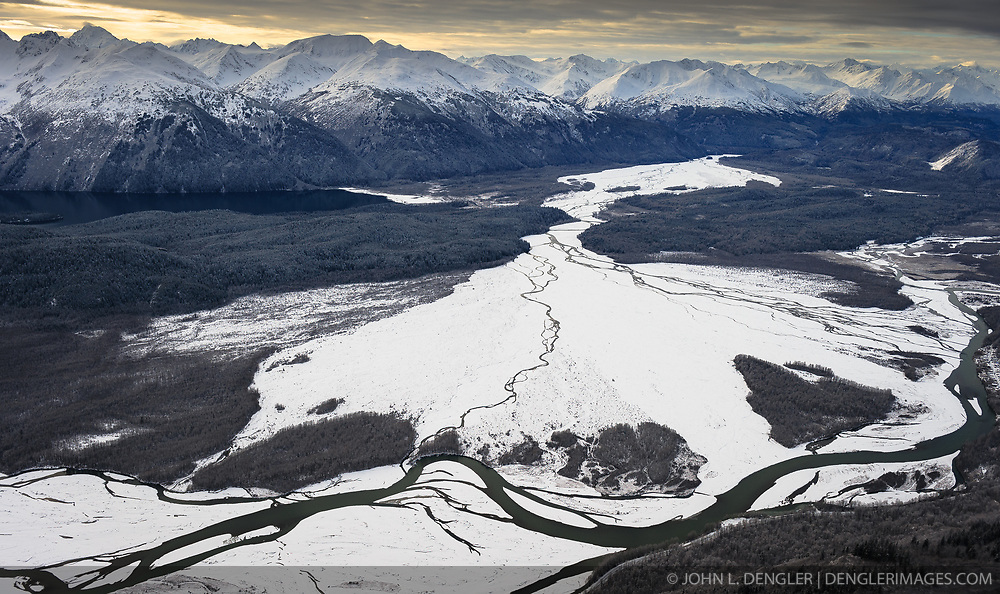