A bald eagle (Haliaeetus leucocephalus) flies with a salmon carcass past ice covered trees sparkling in the golden light of sunrise at the confluence of the Tsirku and Chilkat Rivers in the Alaska Chilkat Bald Eagle Preserve. During November and December several thousand bald eagles come to the alluvial delta area at the confluence of the Tsirku and Chilkat Rivers near Haines, Alaska because of the availability of spawned-out salmon and open waters. The open water is due to a deep accumulation of gravel and sand that acts as a large water reservoir whose water temperature remains 10 to 20 degrees warmer than the surrounding water temperature. This warmer water seeps into the Chilkat River, keeping a five mile stretch of the river from freezing as quickly as other rivers in the area. The 48,000 acre area was designated as the Alaska Chilkat Bald Eagle Preserve in 1982. 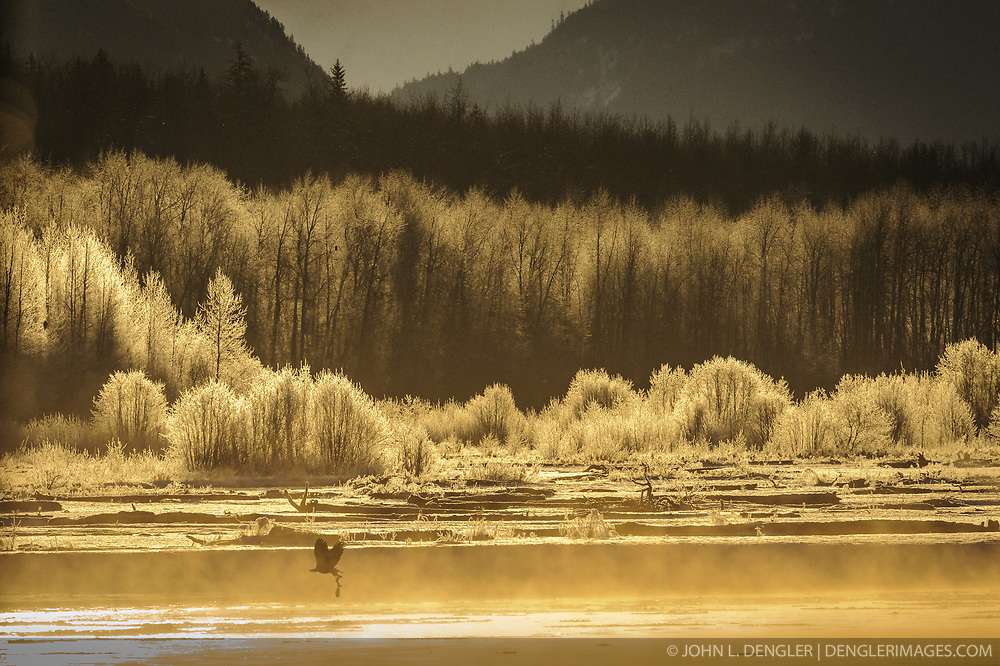