Once the chum salmon roe and milt are mixed together, the milt begins to foam. A small amount of water is added and the roe and milt are gently mixed by hand. Then the roe is rinsed with the fresh water from Herman Creek.

In 2014, 2.4 million eggs were seeded into these incubation boxes. The 2013 incubation box survival rate was 90%. Without the artificial spawning, natural survival is said to be only 10%. 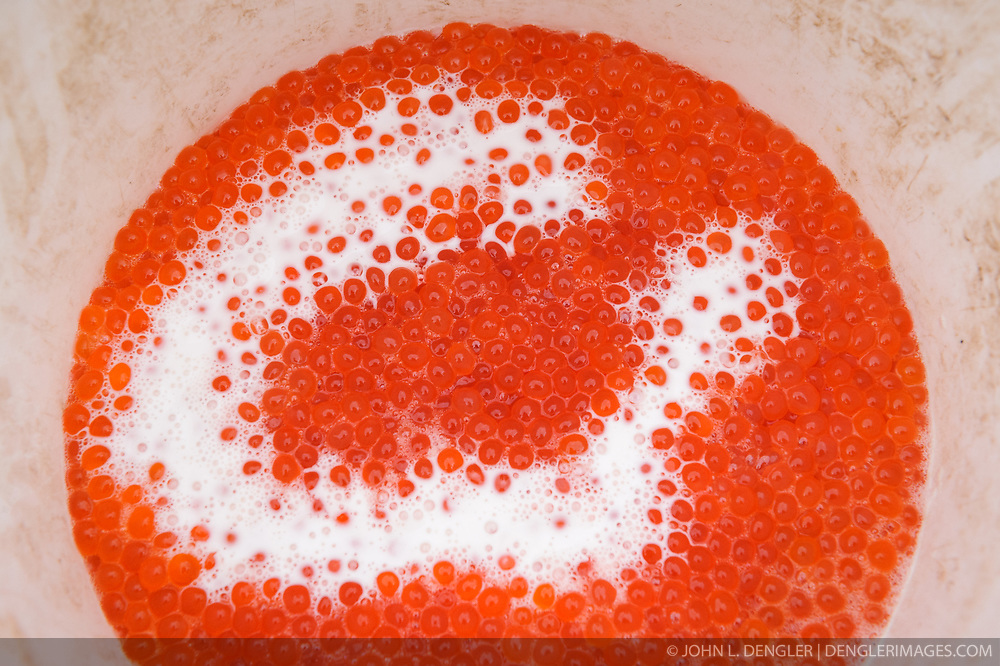